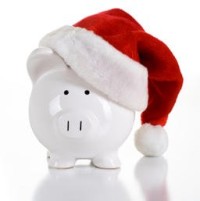 Half of people (46%) used credit cards, overdrafts, store cards or payday loans to cover Christmas spending this year, according to new Which? research, while over a third (36%) dipped into their savings.

With food and energy costs continuing to rise, our survey into Christmas spending found people aren’t feeling positive about the New Year either, with more than half (54%) of people expecting their household budgets to be even tighter in 2013.

Dipping into savings to pay for Christmas

Key findings of the new Which? poll include:

Over half cut back on Christmas spending

In addition, the poll of 2,100 adults, conducted for Which? by Populus between 19 and 21 December, reveals that:

Which? executive director, Richard Lloyd, said: ‘Most of us like to splash out on family and friends at this time of year so the news that millions of people have drastically cut back on Christmas spending or taken out loans to cover Christmas costs shows just how squeezed household budgets are right now. It also shows how far we are from a consumer spending-led economic recovery.’