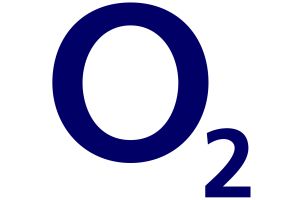 O2 has announced that it’s increasing the cost of all its pay-monthly mobile phone deals from 28 February 2013. The 3.2% price rise will affect existing customers, including those that have only recently taken out a new deal.

Pay-as-you-go customers will be unaffected by the move and the cost of calls, texts and data won’t change.

Are you an unhappy O2 customer? Share your views on O2’s price rise on Which? Conversation

A spokesman for O2 told Which?: ‘Price increases are never welcome and this isn’t a decision we’ve taken lightly. At a time when our competitors have been raising the prices of their tariffs, we’ve resisted.

‘But as external costs continue to rise, we can’t keep our pay monthly prices at the current level. For over half of our pay monthly customers this will mean an increase on their bill of up to 58 pence per month’

O2’s terms and conditions allow it to raise its prices once every 12 months and so customers wishing to cancel their contracts will incur cancellation charges.

In response to these price rises Which? made an official complaint to regulator Ofcom in July 2012 and launched our Fixed Means Fixed campaign calling for an end to price increases on ‘fixed’ mobile phone contracts.

To date, more than 34,000 people have pledged support to the campaign and on 18 October Ofcom announced plans to consult on how consumers could be protected from unexpected price increases within ‘fixed’ phone contracts.

‘Millions of O2 customers are being forced to stomach a price increase that will see them pay collectively almost £45m more a year, for a contract they thought was fixed, at a time when household budgets are already squeezed.

‘We hope Ofcom listens to the 34,000 people who have already signed up to our Fixed Means Fixed campaign and acts swiftly. Mobile phone companies should be made to drop hidden clauses in their contracts that allow them to hit consumers with millions of pounds worth of unexpected price increases.’