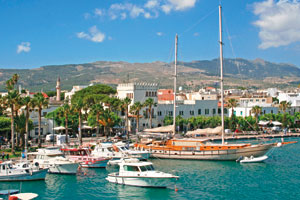 Booking your journey from foreign airport to hotel in advance through a transfer company can seem a good way to arrange a stress-free start to your holiday.

But using one of these companies can cost four times as much as using a local cab when you arrive, Which? Travel has found.

We compared prices between transfer companies and local taxi firms in the Greek island of Kos after a Which? member complained about the cost of using a transfer company compared to booking locally.

We looked at five transfer firms operating in Kos and found that their average prices over eight routes were nearly three times higher than local firms. And for some individual journeys they were four times more expensive.

A2BTransfers had the most expensive average price of €80 – nearly three times the average local price of €27.

The next most expensive was Holiday Taxis and Resorthoppa, followed by Holiday Transfers and Suntransfers. Even Suntransfers, the least expensive, had prices that were on average €44 – well above the listed local price, as listed on www.kostaxi.eu.

A2BTransfers accepted its prices were substantially higher than local rates in Kos, but said its service offered reassurance that a taxi would be waiting, and drivers would be fully insured and speak English.

Holiday Taxis also said it would review prices and was introducing reductions. But it said it was not trying to compete with local cab firms.

Suntransfers stressed the value of its service, which includes drivers waiting for delayed flights at no extra charge.