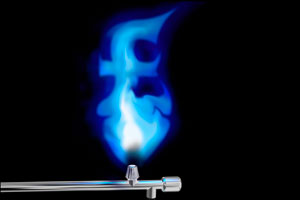 What changes did your energy company make to your bills in 2012?

All the big energy companies hiked their prices in 2012 and prices look set to rise again in 2013 – so what can you do to cut your energy bills?

Scottish and Southern Energy (SSE) was the first of the big six energy companies to announce a price rise this year, in August. By mid-December all six had announced price rises of at least 6% on gas and electricity.

Gas and electricity bills are likely to continue to rise at above-inflation levels in 2013, according to the government’s forecasters, the Office for Budget Responsibility.

If you want to make sure you’re on the best deal for 2013, you can visit Which? Switch to compare gas and electricity prices and let us help you work out whether it is worth fixing your energy prices to protect yourself from future hikes.

You can also help Which? tackle tariffs and pressure companies to offer affordable prices for everyone by joining our Affordable Energy Campaign

Gas and electricity prices in 2012

Energy prices were one of the biggest concerns for consumers in 2012. In November, 82% of people said they were worried about the cost of gas and electricity. Alongside fuel prices, this was their top concern.

In fact, energy prices were a constant worry, with at least 75% saying they were concerned about them each month, according to Which? consumer insight research polls carried out from June to December.

EDF Energy announced the biggest price increase of 2012 of 10.8% on gas and electricity prices, bringing a dual-fuel customer’s average bill to £1,251.

Eon announced its price rises last, after promising customers it wouldn’t put up prices in 2012. From 18 January 2013, a dual-fuel bill for an Eon customer with average energy usage will rise by 8.7% and cost £1,260.

Even smaller firms put up their prices in 2012 – Ovo Energy announced a 4.7% increase to its fixed-rate tariffs in October 2012 for new and renewing customers.

Big suppliers began 2012 by announcing price cuts. But the biggest cut – of 6% on electricity prices by Eon – was less than the price increase announced at the end of the year.

However, while other companies were putting up their prices for winter, Co-operative Energy cut its electricity prices by 2% from December.

Gas and electricity saw a sharp rise in lack of trust from September, just after the big suppliers started to raise their prices.

In September, 34% told us they didn’t trust the industry – but by November this had increased to 54%, making the energy industry one of the least trusted by consumers.

It wasn’t all bad news in 2012, as this year also saw the Big Switch help 37,000 people get a better deal on their gas and electricity.

People told us that they struggled to find the best energy deal, so Which? and campaigning community 38 Degrees used the power of thousands of consumers to negotiate a better deal with energy suppliers and then helped them to switch to it.

Co-operative Energy put forward the best deal. In total, 287,365 people signed up and those who went on to switch saved an average of £233 a year.