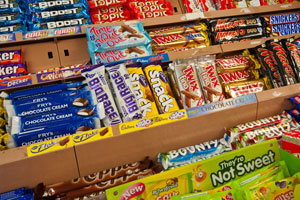 More than 1 million children could be eating unhealthy school meals because academies and free schools can opt out of nutritional standards.

Youngsters who attend these schools could be eating poor quality meals that don’t meet national food standards, the Local Government Association has warned.

Unlike state schools, which have to follow strict nutritional standards to make sure pupils get a healthy lunch, academies and free schools can serve burgers and chips in their canteens as often as they choose.

Which? chief policy adviser Sue Davies said: ‘It’s essential that food in all schools is healthy and meets nutritional standards. Otherwise it undermines improvements in school food, as well as wider initiatives aimed at tackling obesity and poor diet.’

Read our guide to healthy eating for all to find out how Which? is campaigning for both government and industry to do their best for consumers.

The warning comes just days after the government launched its healthy eating campaign, Change4Life which aims to reveal which foods have ‘hidden nasties’ in them, such as unexpectedly high levels of fat or sugar.

Nutritional standards for school meals in state schools have been in place since 2006 in primary schools and 2007 in secondary schools.

They help ensure that children eat healthy, balanced lunches that include high-quality meat, poultry or oily fish and at least two portions of fruit and vegetables with bread, cereals and potatoes.

Fizzy drinks, crisps, chocolate and sweets cannot be included in school meals or be sold in vending machines under the regulations.

But free schools and academies can opt-out of the nutritional standards.

Research by the School Food Trust in 2012 found that over one in four academies sell crisps and savoury snacks. Around one in six provide sweets and chocolate. The government wants most secondary schools to become academies by the end of its term in power.

Which? wants all schools to follow nutritional standards so that children’s lunches contain the right mix of energy and nutrients. Only healthy snacks, such as fruit and water, should be available in vending machines.

Which? research has revealed that even snacks that seem healthy, such as smoothies and cereal bars, might not be as nutritionally balanced as they appear.