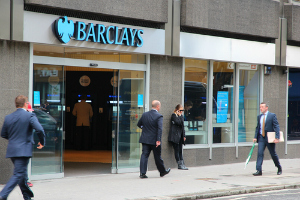 Staff at Barclays bank have been told they must sign an ethical code of conduct. Which? has been calling for banks to put customers first in our Big Change campaign by insisting bankers comply with a fully independent code of conduct backed by statute.

The challenge was distributed to the bank’s 140,000 employees via a memo from its new chief executive, Antony Jenkins.

Following a string of scandals that have damaged Barclays’ reputation in recent years, Antony Jenkins is taking steps to improve culture within the organisation.

Barclays staff were told via the memo they’d have to conduct themselves according to five key values: respect, integrity, excellence, service and stewardship.

Which? executive director, Richard Lloyd, said: ‘It is good to see some banks now starting to take steps that will prioritise service over sales but much more needs to be done if we are to restore trust in banking. We want all bankers to meet high professional standards and comply with a fully independent code of conduct backed by statute, with genuine sanctions for malpractice.’

In recent years, Barclays has received criticism due to its focus on short-term profit making and large bonuses for staff. Mr Jenkins said: ‘We must never again be in a position of rewarding people for making the bank money in a way which is unethical or inconsistent with our values.’

The company-wide memo sent a strong message to staff explaining that unethical behaviour would no longer be tolerated, challenging staff to find new jobs if they couldn’t get on-board: ‘There might be some who don’t feel they can fully buy in to an approach which so squarely links performance to the upholding of our values.’

Mr Jenkins took over from his predecessor Bob Diamond in August 2012, who resigned following a £290m fine from regulators in the UK and United States after Barclays was found guilty of Libor rate-rigging.

Which? calls for Big Change

With consumer confidence in banks hitting an all-time low, we want to see Big Change in banking. Our demands are:

1. Bankers should put customers first, not sales
2. Bankers must meet professional standards and comply with a code of conduct
3. Bankers must be punished for mis-selling and bad practice.

If you’ve had enough of the banks’ bad behaviour, pledge your support for our campaign.

Richard Lloyd said: ‘Consumers have been let down by the banks for too long. 2013 must be the year that we finally see big changes in banking, with banks that work for customers, not bankers.’