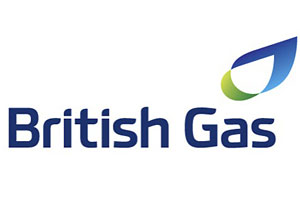 The owner of energy giant British Gas has revealed residential profits of £606 million in 2012, just months after increasing its prices for customers.

This works out as a profit of nearly £50 per household and is an 11% rise in profit from the previous year.

Parent company Centrica said that the profit increase at British Gas’ residential energy division was due to colder-than-usual weather last year which saw gas use rise by 12%.

British Gas remains the UK’s largest energy provider, with 15.7million accounts in 2012. Read our British Gas review to find out how its energy prices have changed over time and what British Gas customers think of it.

British Gas increased its gas and electricity prices by around 6% in November 2012, adding almost £80 a year to the average bill.

Recent Which? research revealed that rising energy bills are consumers’ top financial worry. 82% are concerned about gas and electricity prices while 39% say they distrust the energy sector.

Which? executive director Richard Lloyd said: ‘At a time when spiralling energy bills are consumers’ top financial worry, people are bound to question whether they’re paying a fair price when they see a big profits announcement from the biggest of the energy giants.’

He added: ‘The Prime Minister promised that energy suppliers would have to put their customers on the cheapest tariffs but Ofgem’s proposals last week for simpler tariffs do not go far enough to keep prices in check. The Government should take more radical action to provide not just simpler but fairer bills.

‘Prices will only be kept as low as possible if there is more effective competition and switching between energy companies.  For this to happen the price of every tariff should be presented in a clear, consistent and simple way, through single unit prices like those for petrol and diesel, so people can easily spot the cheapest deal — not just with their current supplier but across the market.’

We called for wide-reaching change in the market in our first energy report, ‘The Imbalance of Power’. As well as the introduction of a single unit rate we’re asking for changes to make it quicker and easier for consumers to switch to better energy deals.

To find out if you’re on the best energy tariff – or to see if you could cut your bills – compare gas and electricity prices with Which? Switch.