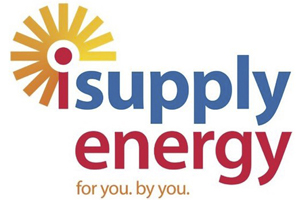 Small electricity supplier iSupply Energy has launched a new version of its market-leading fixed-price electricity tariff, which is nearly 3% cheaper than the previous version.

The new fixed-price electricity-only deal, called iFix201403, is around £13 a year cheaper than iSupply’s previous deal.

Existing customers won’t see a reduction in their bills; only those who sign up to the new tariff will benefit from the lower price.

iSupply’s new 12-month fixed electricity deal is available to switch to now, and will be available for the next month unless wholesale prices increase. Payment is by monthly direct debit and there is a £30 cancellation fee if you cancel within 12 months.

Make sure you’re getting the best deal on your energy by comparing gas and electricity prices with Which? Switch.

The top five cheapest fixed electricity deals on the market – based on the annual cost for an average household – are:

Neither Ovo’s nor iSupply’s tariffs are available in the north of Scotland.

The cheapest fixed-price dual fuel deal on the market is First Utility’s iSave Fixed v6 which costs on average £1,170.40 per year for electricity and gas.

iSupply said it was able to launch its new cheaper fixed tariff because wholesale prices have fallen and it is passing the savings on to new customers.

It said it will offer a new cheaper deal again next month if the trend in wholesale prices continues to drop.

This winter all six of the major energy suppliers raised their prices for new and existing customers.