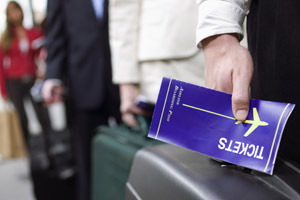 Which? research has revealed the most common reasons why travel insurers turn down claims because of clauses in the small print.

We found members were getting what they felt were legitimate claims turned down because of small print covering the health of relatives, how an incident was reported, how belongings were monitored, and taxes.

We looked at details of policies after we asked more than 9,000 Which? members about their experience of making insurance claims. Of the members who had made travel insurance claims in the previous two years, 10% had a claim rejected.

This was higher than any other sector and nearly double that of home and phone sectors, which had the next highest rate of rejection.

Travel insurance also had a lower rate of satisfaction with claims, scoring 66% compared to the 75% average of the other sectors we looked at.

Many members complained about their treatment when they had to cancel a holiday because a relative was ill. They had claims rejected because the insurer argued that the relatives’ conditions were pre-existing and should have been declared.

This included one case involving what doctors confirmed was a ‘sudden and unexpected’ death of a customer’s son-in-law the day before the holiday was due to start.

Some insurers say medical conditions of relatives as distant as cousins must be declared on buying a policy. We think this is unreasonable as it requires consumers to ask all their extended family about their health before buying a policy. Other insurers say you must declare only relatives’ conditions you are aware of. We think this is slightly better.

Another common reason for rejection was insurers saying customers had not reported a lost or stolen item to police within 24 hours. One member had a claim turned down for that reason even though they lost their glasses on a cruise ship.

It’s reasonable to ask for evidence that an item is lost, but we don’t think lost items should have to be reported to police within 24 hours. We prefer insurance terms that say lost or stolen items should be reported to relevant authorities as soon as possible.

Insurers also rejected claims because they said stolen items were not properly supervised. This included items that were only a few feet away from a customer on a crowded train, and others that were out of sight for only a second in a hotel.

Insurers have to be reasonable when they decide what is unattended, and the Financial Services Ombudsman has upheld complaints against insurers who have been too strict – including one who refused to pay a claim for baggage that was lost after it was given to a hotel porter.

Many members who had to cancel a flight complained about insurers refusing to pay for the taxes element of the fare, which in one case made up nearly half of a £1,100 ticket. When insurers do this, it means customers have to claim the taxes back from airlines, who normally charge an admin fee, which can sometimes be as much as the tax.

Although it may be reasonable for insurers to ask customers to try the airline first, if the airline refuses or charges an admin fee that cancels out the refund, the Financial Services Ombudsman thinks insurers should pay.

A Which? spokesperson said, ‘If you have a claim rejected, the financial ombudsman can take up your case if an appeal with the insurer fails.’