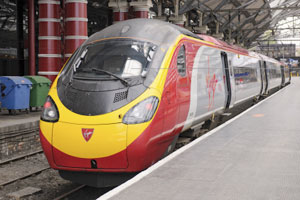 Virgin is the most popular train operating company in the UK. New Which? research reveals that for the second year running Virgin tops our poll of train-passenger satisfaction.

Virgin came first with a customer score of 67%. First Capital Connect is last with a score of 40%, and Greater Anglia, South Eastern and First Great Western aren’t far behind at the bottom of the table.

Virgin customers gave it a thumbs-up for value, punctuality and reliability. Merseyrail’s passengers also score it highly for both overall satisfaction and for value.

The Which? train satisfaction survey is made up of responses from 7,519 train users who have made an average of 37 train journeys each year.

Which? members can find out how well their train company did in the new Which? trains survey. Not a Which? member? You can get access to our survey plus all our testing results if you sign up for £1.

One First Capital Connect customer told us: ‘The price has increased and the trains get more and more crowded. I never see any improvements for the extra money I’m paying.’

And a South Eastern passenger said: ‘The prices are terrible, the service is bad and trains are often delayed, cancelled and dirty.’

Which? executive director Richard Lloyd told us: ‘With 1.5 billion train journeys made every year and eight of the 17 UK rail franchises up for grabs in the next two years, customer service should be top of the agenda for every train operating company. It is good to see some are performing well on service, but passengers clearly feel others need to do better.

‘Passengers tell us they are fed up with trains that are delayed, overcrowded and dirty. This is especially disappointing as many commuters can’t shop around or change the company they travel with. Train companies need to play fair with their customers, especially when they are being asked to pay more for their journeys.’