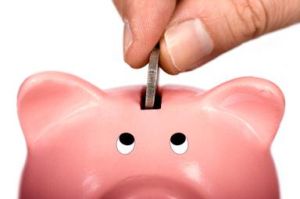 Banks and building societies are lending less to small businesses and individuals, despite the introduction of the Bank of England’s Funding for Lending scheme, which has given banking institutions cheap finance to meet that aim.

New figures published by the Bank of England show that banks have taken up £13.8bn from the scheme, yet net lending from participants actually fell by £2.7bn in the final quarter of 2012, compared to the previous quarter.

Banks are participating, but are they lending?

All of the major high street banks, with the exception of HSBC, are taking advantage of the scheme, but today’s figures suggest that the benefits aren’t yet being fully enjoyed by borrowers.

Lloyds increased its borrowing by £2bn over the last quarter of 2012, but reduced its overall mortgage lending by £3.1bn. Royal Bank of Scotland (RBS) maintained its Funding for Lending borrowing at £750m, but reduced its net mortgage lending in the final quarter by £1.7bn. Santander didn’t borrow any more under Funding for Lending, however, it lent a net £2.8bn less in mortgages.

In the middle of Isa season, savers are likely to find decent rates for their cash savings harder to come by. Funding for Lending means the banks have access to cheap money, whether they ultimately lend it out, as the scheme intends, or use it to bolster their balance sheet instead.

Either way, they are less reliant on cash deposits from savers as a result, so have less incentive to offer attractive interest rates.

Our latest Cash Isa Deals of the Week show that it is still possible to get over 2% on an instant access cash Isa, but this will be small consolation to savers with inflation a growing concern at around 3%.