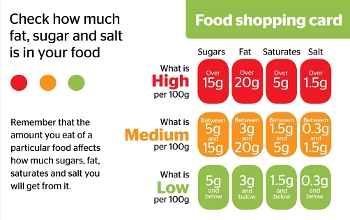 Food companies must cut the salt content of their food to help reduce people’s salt consumption by a quarter in a new initiative from the Department of Health.

Which? welcomes the move and is encouraging the government to name and shame companies if they fail to adhere to the voluntary guidelines.

Public health minister Anna Soubry launched the new strategy which will set food companies lower targets for the amount of salt they put in their foods. The minister wants people to reduce their daily salt intake from an 8.1g-a-day average to 6g.

The initiative was prompted by the results of a 2012 ComRes poll on salt intake. More than half the public (53%) said they rarely or never consider the amount of salt when buying food, despite more than four in five people (86%) knowing that too much salt is bad for their health.

Which? executive director Richard Lloyd said: ‘It is good news that the government will now be setting further salt reduction targets. Our assessment of company action found that small changes in products have removed tonnes of salt from the nation’s diet, but some companies are making more progress than others.’

He added: ‘Ensuring action by those that are still lagging behind, plus more action to reduce salt in food eaten out, will be essential.’

Our recent Taste for Change report measures how far 20 leading food manufacturers and retailers have come in offering consumers healthy choices, including the improvements made to salt levels in foods.

Richard Lloyd said: ‘The government needs to establish these new salt reduction targets as soon as possible, name and shame companies which don’t respond and be prepared to legislate if voluntary action fails. Wider use of traffic light labelling by food manufacturers as well as retailers is also needed, so that people can easily see the levels of salt they are eating.’

Which? has worked on establishing consistent front-of-pack traffic light food labelling for a number of years, a scheme the government committed to in 2012.

Traffic lights labelling can help consumers see at a glance whether foods are high in salt, fat or sugar. A green traffic light indicates ‘low’, amber for ‘medium’ and red for ‘high’.