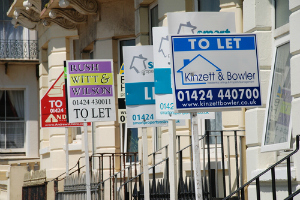 Which? believes that major letting agents are breaking the law by not being upfront about the fees they charge to clients.

Following an undercover investigation, Which? discovered that many letting agents are not disclosing their fees upfront, and are failing to disclose fees in written format. This means renters face unexpected charges, are unable to properly compare prices and don’t always know what they are signing up to until it is too late.

Richard Lloyd, executive director at Which?, said: ‘Renting is now the only housing option for millions, and with many households struggling to pay rent and bills, it is vital that letting agents are upfront about expensive fees in advance.’

We sent mystery shoppers posing as potential tenants to four different London branches of each of Foxtons, Barnard Marcus, Martin & Co and Your Move. In our snapshot research, we found:

We believe that by failing to disclose fees upfront or during their first contact with a customer, letting agents are breaching consumer law by not providing material information in a manner that is clear and timely.

We have written to the companies to share our findings, demand improvements, and remind them of their legal responsibilities under the Consumer Protection from Unfair Trading Regulations (CPRs).

Richard Lloyd added: ‘People should know all the costs before they invest time and effort in viewings. Drip feeding fees is unfair and a major barrier to people comparing agents and properties.

‘Despite its dramatic growth, there is also an alarming lack of consumer protection and redress in the rental sector. Tenants deserve much better.’

Which? calls for change in the lettings market

In order to improve the lettings market for consumers, Which? is calling for:

We support an amendment to the Enterprise and Regulatory Reform Bill, which would require all lettings agents to sign up to a redress scheme, as well as giving the Office of Fair Trading the power to ban letting agents that break the rules.

Our research found that the average cost for mandatory administration and referencing fees across all agents was £310, and the highest was £420. Some tenants could also face check-in and check-out fees, bringing the total closer to £600.

The report also estimated that tenants are paying around £175 million in agent fees annually, and that not being able to shop around could be costing them as much as £76 million.