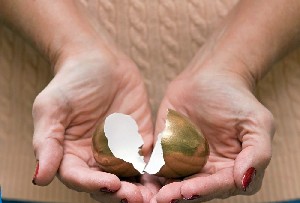 Chancellor George Osborne has announced that plans for state pension reform and a cap on long-term care costs would be implemented in 2016, a year earlier than planned.

On Sunday (17 March), the Chancellor announced that the single tier state pension of £144 a week (in today’s money)would be introduced in 2016, rather than 2017 as originally planned.

You can read more about how the state pension works in our guide, State pension explained.

Accelerating the state pension reforms means that the 80,000 women who would have missed out on the flat rate amount will now qualify for it.

Women born in 1953 suffered a double hit on their state pensions after the reforms were announced in January. Their state pension age increase to 65 was accelerated from 2020 to 2018, meaning they would retire up to 18 months later than expected.

When the flat rate state pension timetable was announced, the same set of women found that they’d be retiring before its implementation, meaning they wouldn’t qualify for the £144-a-week payment (in today’s money). However, Sunday’s announcement means they will now be able to claim the single-tier state pension.

The government also revealed that the anticipated cap on social care costs would also be more generous and would be introduced sooner than expected, in 2016 rather than 2017.

People paying for long term care will now have to pay the first £72,000 of care costs, with the government covering fees higher than that amount. This does not apply to the costs of social care housing. This cap is based on recommendations from the Dilnot Commission, although the cap was originally suggested at £35,000.

Anxieties have been raised around the impact the acceleration will have on final salary schemes.

The reforms include an end to contracting out of state second pension (S2P), which means that those people who get opted back in to S2P will have to pay higher national insurance contributions – and so will their employers.

This acceleration could lead to a wave of final salary scheme closures, as they struggle to keep up with the higher payments. For more information on how these types of pensions work, visit our guide to Defined benefit and final salary pensions.