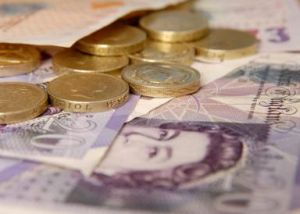 The government has today announced plans to impose tougher restrictions on payday lenders, following a year-long investigation by the Office of Fair Trading (OFT).

Jo Swinson (Minister for Consumer Affairs) and Sajid Javid (Economic Secretary, HM Treasury) spoke about the government’s proposals to tackle payday lenders during a visit to meet staff from the Which? Money Helpline Service.

The ministers acknowledged that the consumer credit market – in particular the payday loan sector – is not functioning well, and said that tough action is required to prevent payday lenders from taking advantage of vulnerable people.

The government consultation promises to clamp down on advertising of payday loans and to put pressure on the industry to improve compliance with payday lending codes.

Plans for a stronger regulator

The consultation highlights the need for ‘tougher, more rigorous regulation’ to ensure that lenders fully abide by the law. As a result, the regulation of consumer credit will be transferred to the Financial Conduct Authority (FCA) in April 2014.

The new regulator will be given ‘unprecedented new powers’ to intervene in cases of irresponsible lending, including the ability to ban products and impose unlimited fines. Promoting competition in the credit industry will also be part of the FCA mandate.

Responding to a report by Bristol University on the impact of a cap on the total cost of credit, Jo Swinson said that a cap on credit was ‘not the right answer’ at this time. However, the FCA will be provided with specific powers to impose a cap on the cost and duration of credit, should this become necessary. 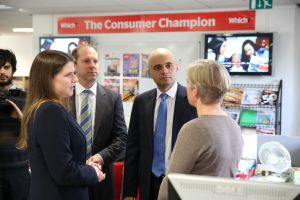 During its compliance review of the £2bn payday loan sector, the OFT uncovered evidence of widespread irresponsible lending and found that borrowers are not getting a balanced picture of the costs and risks of taking out a payday loan.

Many lenders are not treating borrowers in financial difficulty with understanding and are promoting rollovers when borrowers would be better served by a repayment plan.

The OFT has given the 50 biggest payday lenders 12 weeks to change their business practices. Failure to do so will result in their licences being taken away. The OFT has also announced that, subject to consultation, it proposes to refer the payday lending market to the Competition Commission after it found evidence of deep-rooted problems in how lenders compete with each other.

Richard Lloyd, executive director at Which?, said: ‘We’re pleased the government and regulators are planning tough action to crack down on irresponsible lending, especially on high-cost lenders that exploit consumers struggling to get by in tough economic times.’

‘Which? research has repeatedly found poor affordability checks and excessive charges that push consumers into a vicious cycle of debt. So a referral of the payday market to the Competition Commission to consider its future is a good move but there must also be no delay in taking immediate action to protect people in difficulty today.’