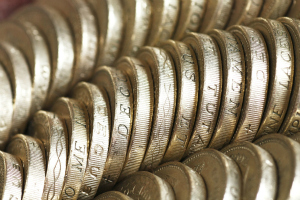 Consumers are over-reliant on using credit to pay for essentials like food and rent, and are being exploited by irresponsible lenders, new research from Which? has revealed.

The new research paints a worrying picture of desperate and vulnerable consumers, caught in a debt trap as the long financial squeeze takes its toll in the UK.

It found that many consumers feel forced to use high-cost credit to pay for other debts.

These people are, in turn, at risk from irresponsible lenders exploiting the situation.

Which? executive director, Richard Lloyd, said: ‘For an increasing number of people, using expensive credit to pay for essentials has become the norm.

‘This has led to people being forced into a vicious cycle, taking out further, expensive credit to pay off existing debts.’

As mainstream credit has become less widely available, the high-cost credit market, which is less tightly regulated, has grown rapidly.

After exhausting cheaper ways to borrow, many households feel they have no choice but to resort to high cost credit.

Which? found that half of people who used a payday loan or unauthorised loan had been rejected for credit within the past year.

Those turning to high-cost credit can often find themselves locked in a cycle, taking on more debt to get by, with a quarter of people with payday loans using it to repay other debt.

Over a quarter of credit users say they don’t like debt but see it as a necessary part of their lives, while more than half of people with credit card debt used their cards to pay for rent, bills, or essentials like food.

While credit is useful and necessary for a healthy economy, many households are becoming increasingly reliant on loans just to get by.

Which? is calling on the government to ensure the new regulator, the Financial Conduct Authority (FCA), takes early and tough action to clean up to the whole of the credit market.

Richard Lloyd added: ‘Irresponsible lending goes on across the whole of the credit market and lenders must clean up their act.

‘The new regulator must be strong, proactive and willing to take action, especially against lenders who are exploiting consumers struggling in the current economic climate’.

Which? calls on FCA to clean up credit market

With the FCA taking responsibility for regulating credit next year, this is a unique opportunity to clean up the credit market and give consumers the confidence to use credit responsibly.

Which? has set out the five ways the FCA should act to clean up credit and send a clear message to irresponsible lenders:

Which? wants all lenders to voluntarily clean up their act, otherwise they should expect to face tougher action from the regulator.