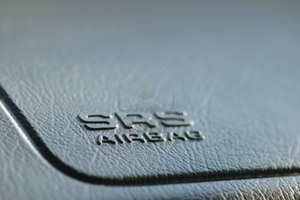 Toyota, Honda, Nissan and Mazda say they are recalling more than 150,000 affected cars in the UK.

The problem concerns the front passenger airbag inflator, which may not deploy correctly. Reports suggest it could burst, sending shards of plastic flying, or even catch fire. However, no injuries have been reported relating to the problem.

The Japanese supplier of the affected airbags, Takata, says the fault was caused by human error during production, leading to humidity entering the airbag.

Toyota says it has received five reports of airbag problems, three from the USA and two from Japan.

The problem affects older vehicles made between 2000 and 2004.

Toyota is recalling 1.73 million vehicles worldwide, of which 76,000 are in the UK. Affected models include the Corolla, Yaris, Picnic and Camry made between November 2000 and March 2004.

Toyota says it will exchange the faulty inflators under recall, which will take between one hour and two-and-a-half hours.

Further details of recalls affecting the UK are due to be announced shortly.

Other car brands are likely to be affected by the Takata airbag problem, including non-Japanese manufacturers, but no further details have so far been provided.