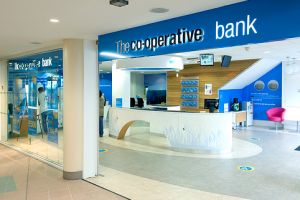 The Co-operative Group has pulled out of the purchase of 632 Lloyds Banking Group UK branches.

The Co-operative Group put the change of heart down to the current economic environment, the worsened outlook for economic growth and increasing regulatory requirements on the financial sector in general.

The Lloyds Banking Group has responded to the news with an assurance that while it looks at alternative options for the sale of the branches, known as Project Verde, it continues to make good progress in the creation of Verde as a standalone bank.

Plans are in place for a re-branding of the business as TSB, the TSB bank will operate as a separate business within Lloyds Banking Group.

Which? on the collapse of Lloyds branch sale to Co-op

In a statement today, group chief executive Peter Marks said: ‘We remain committed to driving The Co-operative Group forwards under our clear strategy and, as part of that, we will continue to develop our Bank for the long-term, offering a real alternative on the high street with our strong, established brand and our reputation as a trusted financial services business.’

Which? executive director Richard Lloyd said: ‘This is very bad news for everyone wanting to see more competition in retail banking anytime soon.

‘The Co-op’s decision is a setback to the Government’s efforts to tackle the unhealthy dominance of our biggest banks. This would have given more choice to consumers who are sick and tired of shoddy service and unfair fees and put more pressure on the big banks to work for customers, not bankers.’

Why was The Co-operative Group buying the branches?

Back in July 2012 The Co-operative Group announced it planned to buy 632 branches from Lloyds Banking Group, acquiring almost five million new customers in the process. The sale was forced on Lloyds under European Commission competition rules after the Government were obliged to bail it out in 2009.

If the deal had gone through The Co-operative Banking Group would have been able to claim 7% of the UK’s current account market with almost 1,000 UK branches.