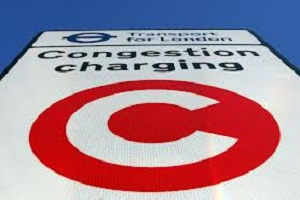 The London congestion charge scheme is changing in July 2013, lowering the current 100g/km upper limit for exemption to 75g/km.

A new Ultra Low Emission Discount (ULED) scheme will provide a 100% discount only for electric vehicles and ultra-low emission cars and vans.

To qualify, vehicles must be either pure electric, or emit 75g/km of CO2 or less and meet Euro 5 emissions standards.

Transport for London (TfL) says the new rules are designed to curb the increasing number of diesel cars on the capital’s roads.

Many diesel-powered cars now emit 100g/km of CO2 or less, but no current diesel emits under 75g/km. Neither does any pure petrol car dip under the new threshold.

Instead the rules are designed to encourage the use of electric and plug-in hybrid vehicles. The only currently available cars that will qualify are pure electric cars and certain hybrids such as the Toyota Prius Plug-In Hybrid.

TfL is putting in place a ‘sunset period’ of three years for the outgoing Greener Vehicle Discount (GVD) scheme, in recognition of the fact that many drivers have decided to buy low-emission cars to benefit from the sub-100g/km exemption.

As a result, owners of cars registered under GVD before 28 June 2013 will continue to be exempt from the charge until 24 June 2016.

Two further changes to the scheme were also announced by TfL: the option to pay the charge in shops will end (it is currently used for just six per cent of payments) and a hike in the penalty for non-payment to £130, a rise of £10.