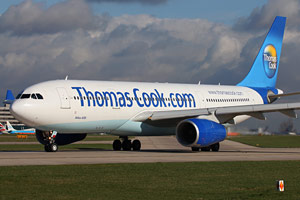 A family of four on a holiday to Florida will now pay £268 in APD. Yet consumers who cancel their flights and want to reclaim the tax may lose out depending on the airline they have booked with.

APD is charged on almost all flights departing from the UK, but airlines only pass the tax to the Treasury if a passenger boards the plane. So if a consumer cancels their flight and requests a reimbursement of the tax, most companies will pay it back to them.

However, Thomas Cook Airlines is the only one of nine major airlines operating from the UK that refuses to issue any refund. So a family of four will lose £332 in APD if they cancel a Thomas Cook flight to Goa, or £268 for destinations such as the USA and Gambia.

Some airlines, such as Flybe and Ryanair, will process a refund but then charge an admin fee that is higher than the APD charged (£13 per person) for a flight to a European country, making it pointless for customers to put in a claim. The Virgin Atlantic admin fee of £30 per person is twice as much as British Airways charges for a similar process.

A Thomas Cook spokesman told Which?: ‘We believe that some other airlines refund APD, however Thomas Cook does not; there is no legal obligation to do so. In the majority of cases, the admin fee would be higher than the APD’.

However, he added that Thomas Cook will now review this policy.

Other airlines have more consumer-friendly policies. Easyjet issues APD refunds without any admin fee, and Thomson Airways told us it charges no admin fee (although its website mentions a £25 per booking charge).

Fees for processing an APD refund (on non-refundable airfares):

On 1 April, APD increased by 3% to £67 for people flying in economy class to destinations 2000-4000 miles from London, such as Florida or Egypt. The tax rose to £83 per person for distances of 4000 to 6000 miles, including the Caribbean and most countries in Africa and Asia.

Even longer flights, such as those to Argentina and Australia, now see APD up to £94 per person, although APD for Band A flights (to European countries, Morocco and Tunisia) have stayed at £13 per person. Rates are higher for premium economy or business class passengers and even more so for business jets carrying fewer than 19 people.

No APD is charged at all now for non-stop flights of more than 2000 miles departing from Northern Ireland, although it is payable if that journey involves a connecting flight within Band A.