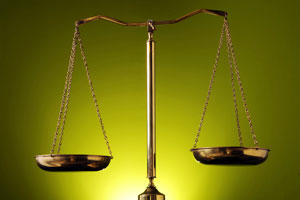 Which? has responded to the announcement by the Claims Management Regulator that there will be new rules for claims management companies (CMCs).

In response to consumer concerns that bad practice by some claims management companies continues to plague the industry, the Claims Management Regulator has unveiled a number of changes. This includes bringing an end to all verbal contract arrangements between consumers and CMCs and enforcing written contracts before any fee can be taken.

Coming into force this summer the new rules will mean:

As part of the industry wide crackdown, the Regulator has – from April 1 – also banned inducement advertising by claims management companies. No longer will companies be able to target consumers through advertisements which offer vulnerable individuals a cash incentive for signing up to use their services.

Need for a written contract

The Head of Claims Management Regulation, Kevin Rousell, said: ‘Time and time again we see examples of consumers who have inadvertently agreed to a contract with a CMC without a written contract in place. I want people to have time to think through their arrangement and be happy and clear about exactly what the deal is before they part with any money.

‘These new rules will root out poor practice and ensure consumers are better protected by making contract terms much clearer. Enforcing new rules will help to drive malpractice out of the industry and improve the reputation for the vast majority of CMCs that do follow the rules.’

Which? calls for even stronger action on CMCs

Which? executive director, Richard Lloyd said in response to the announcement: ‘The claims management industry is riddled with bad practice and unscrupulous businesses with little regard for their customers. Payment protection insurance claims have fuelled an explosive growth in the industry, with thousands of people fleeced by CMCs charging hefty fees for simple complaints that consumers can easily do for themselves for free.

‘That’s why, although these new rules are a step in the right direction, we think the Government should be much bolder in cleaning up the claims industry. Upfront fees should be banned and those in charge of claims firms properly held to account for bad behaviour, with hefty fines imposed, licences revoked and individuals barred from running CMCs if they’re found guilty of breaking the rules.

‘Thousands of people are telling us that they are totally fed up with nuisance calls and texts from CMCs.  On their behalf we’re campaigning for regulators, including the Claims Management Regulator, to crack down on those responsible and call time on this major nuisance, so it’s disappointing that the Government has missed this opportunity to respond.