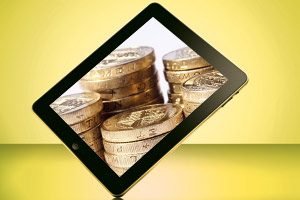 The Office of Fair Trading (OFT) is investigating the hidden costs of web games and apps marketed as ‘free’ on smartphones, iPads and other tablets due to concerns that users can run up a significant bill.

The regulator wants to establish if children are being unfairly pressured or encouraged to purchase additional content in games that are initially downloaded for free.

The OFT has written to companies who publish the games to ask for information on how the games are marketed. It is also asking for examples of misleading, commercially-aggressive or otherwise unfair practices from parents and consumer groups.

Currently, thousands of games are available to download completely free of charge through online app stores, such as the Apple store and Google Play store. While these ‘freemium’ games are free to download, accessing higher levels and advancing through the game requires in-app purchases. Prices for extra content can be as high as £70.

Stories of children racking up large bills from in-app purchasing have repeatedly hit the headlines.

Last month a 5 year old playing the ‘free’ game ‘Zombies vs Ninja’ on his iPad accumulated a bill of £1,700 in just 15 minutes. Danny Kitchen asked his father to enter the password to play ‘Zombies vs Ninja’; he was then able to buy repeated add-ons and upgrades costing up to £70 per purchase over a 15 minute period, without re-entering a password.

Share your experiences of in-app purchases and have your say on ‘freemium games‘ in our Which? Conversation.

OFT to look at misleading marketing

The OFT investigation will focus on the marketing of the games and whether the true price of the game is made clear when it’s downloaded.

Cavendish Elithorn, the OFT’s senior director for goods and consumer, said  “We are concerned that children and their parents could be subject to unfair pressure to purchase when they are playing games they thought were free, but which can actually run up substantial costs”.

“The OFT is not seeking to ban in-game purchases, but the games industry must ensure it is complying with the relevant regulations so that children are protected. We are speaking to the industry and will take enforcement action if necessary.”

Why in-app purchasing needs to change

Estimates on the size of the in-app purchasing market vary widely. The OFT has said that of the top 100 grossing apps in the Android store, 80 were free to download but made money through in-app purchases.

Which? executive director Richard Lloyd says: “It’s far too easy for children to run up huge bills on phone apps when most default settings allow ‘in-app purchases’ without asking for a confirmation or password.

“Parents who want to stop this should either turn off the default setting or switch on parental controls so that passwords are required for any in-app purchases. If your child has run up a huge bill without your knowledge, contact the app store or manufacturer as you may be eligible for a refund.”