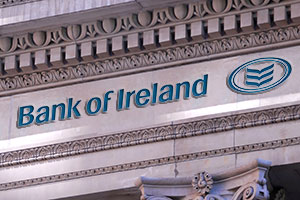 The Bank of Ireland has partially withdrawn a rate hike that would have applied to 13,500 tracker mortgage customers. 1,200 of the affected customers are to have their rate increases cancelled.

The Bank announced in February that its tracker mortgage customers would see their interest rates increase, despite having mortgages that are linked to the Bank of England base rate – which has remained at 0.5% for over four years.

The changes, which came in to force at the start of this month, will now be withdrawn for two groups of customers.

This includes 1,000 homeowners who were using flexible facilities on their mortgage accounts and ‘received a specific administrative letter linked to their transactions that might have caused some customers to believe the differential was for the term of their mortgage.’

The second group of around 200 customers covers people that had switched mortgage to a base rate tracker. These customers had received documentation saying rates could change but not the circumstances under which this would happen.

Bank of Ireland customers should complain

Which? has been encouraging affected customers to complain if they were led to believe their rate would track the Bank of England base rate by the same amount for the term of their mortgage or if their mortgage had ‘life’ or ‘lifetime’ in its name. We have created a free online tool to make it easy for consumers to complain directly to the Bank of Ireland, at www.which.co.uk/bankofireland.

Richard Lloyd, executive director of Which?, said: ‘These customers should not have been subject to the price hike in the first place and this announcement just shows that Bank of Ireland did not properly review who it could be applied to.

‘Bank of Ireland should now re-examine the position of all customers affected by the rate rise – especially those who were sold a ‘lifetime tracker’ – and we hope the Financial Conduct Authority will monitor this.’

Des Crowley, chief executive of Bank of Ireland UK, said: ‘We have said from the outset that we will review all customer complaints individually and that we are committed to treating customers fairly throughout the process. It is on this basis that we have removed these customers.’