Nissan is recalling 133,869 Micras in the UK after discovering a problem with the steering wheel. 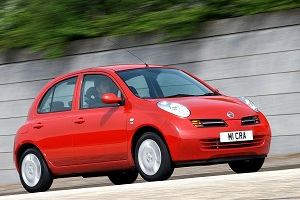 The model affected is the old-shape Nissan Micra, produced in both Britain and Japan. The Nissan Cube from the same era is also affected, but this model was not sold officially in the UK.

Nissan Motor GB says that the nut holding the steering wheel on could become loose over time. The steering wheel could start to wobble and there is a possibility that it could come off completely.

It says there was no danger of sudden failure and the risks were ‘very, very small.’ No accidents or injuries have been reported.

Nissan says it is writing to Micra owners asking them to take their car to a Nissan dealer for a free check. If a problem is found, it will be fixed either by tightening the steering wheel bolt or fitting a new one, a procedure that takes around 15 minutes.