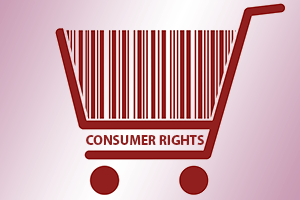 Shoppers are to benefit from greater consumer rights when the government publishes its draft Consumer Rights Bill this week.

In the first major review of consumer law since the 1970s, the Consumer Rights Bill will aim to make substantial improvements to consumer protection, ensuring consumers have clear paths to redress and are aware of their rights.

Getting a refund when a product develops a fault, how to deal with sub-standard service, and greater rights to challenge unfair terms will all be clarified in the new Bill.

Which? welcomes the introduction of the new Bill, which will ensure we have consumer laws fit for the 21st century. Richard Lloyd, Which? executive director, said: ‘This Bill is about making if easier for people to understand their rights and giving consumers power to challenge bad practice.

‘It should also mean that both consumers and regulators have the the tools they need to challenge unscrupulous businesses that breach the law’.

The Bill will make it clearer for consumers when goods develop a fault. For instance, if your washing machine breaks down after nine months, you’re entitled to have it repaired or replaced for free.

But what happens if it breaks again? When can you get your money back? The new Consumer Rights Bill should clarify this so consumers and retailers know exactly where they stand.

Consumers’ rights will also be clarified in instances where you have poor service from a builder or a plumber, clarifying who’s responsible for putting right shoddy work. At the moment the law doesn’t do this.

So, if you employ a plumber to fix a leaking shower and it starts leaking again after a few days, do you have to pay for the plumber to come back and fix it again?

The Consumer Rights Bill should clarify that the plumber needs to come back and fix the shower for free.

The Bill should also clarify when you can challenge an unfair term in a contract. For example, after purchasing some tickets for a flight, you know your name’s misspelt.

You phone the airline to correct it, but are told there will be a £100 admin charge for each change, and that this is set out in the booking terms and conditions.

You think this is unfair, but under current law it’s not clear that enforcers could challenge this admin fee. The Consumer Rights Bill should enable such a challenge.

Richard Lloyd added: ‘There are many welcome proposals in this Bill, including extending the power of collective redress in competition cases and reforming the law on unfair terms and conditions.

‘We urge the government to go further and extend the civil remedy powers to allow private enforcement bodies, like Which?, to take action against rogue companies and make them put things right for consumers.’