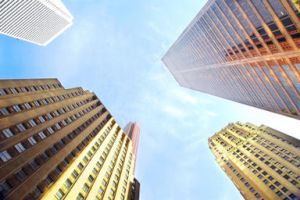 The Co-operative Bank is to raise £1bn by issuing shares and £500m by selling its insurance business. The move follows a sudden downgrade of its credit rating last month.

The Co-op Bank was revealed to need additional funds after the failure of a deal to buy over 600 branches of Lloyds and a downgrading of its status by the ratings agency Moody’s.

The £1.5bn capital shortfall had been caused by bad loans taken on during the Co-op’s merger with the Britannia Building Society in 2009.

Under the Co-op bank’s plan, bondholders – investors in the debt of the bank – will take a hit, but current account holders and savers with the bank will not be affected, nor will taxpayers.

Shares in the Co-op Bank will be floated in October 2013 – the first time that the Mutual has raised funds on the London stock exchange. The bank is also expected to launch a new bond. By raising money in this way, the Co-op avoids any need for a government ‘bail out’ and taxpayer funding.

Who will be affected by the Co-op’s plans

Although the Co-op Bank has not issued shares before, it does have investors, who hold permanent interest-baring shares (Pibs). These currently pay out dividends of between 5.5% and 13% a year.

The people who hold Pibs in the Co-op Bank originally bought them through Britannia Building Society, which the Co-op Bank bought in 2009. They were converted to perpetual subordinated bonds when the Co-op Bank merger happened. Subordinated debt means it is very low in the pecking order when debts need to be paid if the bank gets into trouble.

What is happening to holders of these bonds?

They will face some losses on their holdings. The Co-op has already announced that bondholders receiving 13% a year in interest will cease receiving it.

Most of these bonds are held by institutional investors, but an estimated 7,000 retail investors will also be affected. The bank intends to offer an exchange deal (of bonds for shares), although precise details are not yet known.

What does the Co-op Bank say about this?

Co-operative Bank chief executive, Euan Sutherland, said that those concerned would be in a position to ‘share in the upside of the transformation of the bank’.

Mr Sutherland told the BBC, ‘In effect this is the best solution for all concerned. It’s a very equitable solution and we believe that this will provide security, safety, stability for our customers and the bank going forward.’

‘It’s good to see a bank sorting out its problems without the need for a taxpayer bailout.

‘However the Co-op will need to reassure their customers that this bail-in won’t affect the ethos or good customer service that their consumers have come to expect.  And they, and the Prudential Regulation Authority, must also ensure a fair outcome for those people who invested in  Permanent Interest Rate Bearing Shares.’

Customers of the Co-op Bank should not be directly affected by the shares issue and savers will remain covered by the Financial Services Compensation Scheme (FSCS), which offers protection to all retail bank customers in the UK. Up to £85,000 per customer is guaranteed in the eventuality of institutional failure. Mortgage customers should also be unaffected by recent developments.

Co-op Bank investment products, including Stocks & Shares Isas and unit trust collective investment schemes, are also covered by the FSCS, to a total of £50,000.