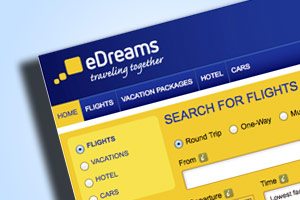 The airline told the regulators that eDreams advertises prices that are lower than those on EasyJet’s website but then adds unavoidable service fees and credit and debit card surcharges so consumers cannot get the initial price.

EasyJet and other airlines have changed their websites after Which? campaigned against unjustified card surcharges being added to the headline price at the last minute. EasyJet now shows a price including any card charges on the first page of the booking process.

However, there is still concern that online agents and other travel companies are not sticking to guidelines about their obligations under consumer law, issued by the Office of Fair Trading (OFT) and Civil Aviation Authority (CAA) earlier this year.

A CAA spokesperson said the authority had been contacted by ‘a number of airlines’ regarding concerns about eDreams booking practices.

‘We are now considering these concerns carefully as part of our ongoing work to ensure travel companies comply with consumer law,’ he said.

When Which? Travel carried out spot checks on eDreams website today, we found that the price for two flights increased beyond the initially advertised price because of unavoidable extras.

Another return flight between Luton and Malaga, again for one person with no bags, increased from an initial price of £169.27 to £188.37 when the service charge and debit card fee were added.

Which? executive director Richard Lloyd said: ‘Companies must comply with the ban on excessive card charges that came in after our campaign, and shouldn’t be misleading consumers by adding on charges late in the booking process.

‘Trading Standards and the Office of Fair Trading should crack down on any company found to be breaching these laws.’

Which? contacted eDreams for comment but has yet to receive a reply.