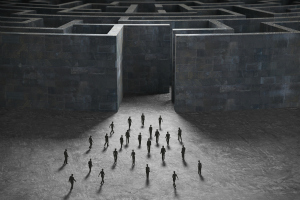 New Which? research has found government plans to simplify energy tariffs are still too complex for consumers to identify the cheapest deal.

When the tariffs were presented in the style of a petrol forecourt display, using a single unit price as championed by Which?, the number shot up to eight in 10.

In addition, two thirds of people said they preferred the single unit price model compared to just one in 10 for the TCR. Our model also scored highly with consumers in terms of ease of understanding, speed of use and helpfulness.

Energy prices are the top consumer worry right now, with around eight in 10 people saying they are concerned. Nearly four in 10 people say they are likely to cut back on their spending on energy in the coming months.

Which? executive director, Richard Lloyd, said: ‘Energy prices are the biggest worry for consumers, but Ofgem’s current proposals will fail to help people find the best deal and could leave millions paying over the odds for their energy. You shouldn’t need a maths degree to work out the cheapest energy deal, but the complexity of energy pricing makes it virtually impossible for most people to make sense of the market.’

TCR does not remove complexity

The aim of the TCR is to allow consumers to easily compare the price of different tariffs across the market. However, under the new complex proposals, consumers will only be given an indication of the cheapest deal based on an assumption of medium usage of both gas and electricity. All consumers, particularly low and high-energy users, will be unable to easily identify the best deal for them.

Worryingly, fewer than one in 10 people who viewed the TCR said that they would check their usage to make sure they had made the right choice, and six in 10 were not even able to find their energy bill.

Which? has previously identified this could result in more than 3.4 million households collectively paying up to £55m more than they need to on their bills.

Over half the people surveyed had never compared their energy tariff with others on the market to check if it was worth switching. In the last two years, only a quarter had switched energy supplier, with seven in 10 saying the main reason to switch is to save money or get a cheaper deal.

Mr Lloyd added: ‘Our research shows overwhelmingly that people find it easier to spot the cheapest deal for them when prices are presented clearly, simply and consistently – just like on the petrol station forecourt. The Prime Minister should intervene again to make sure that his energy reforms work for hard-pressed households.’