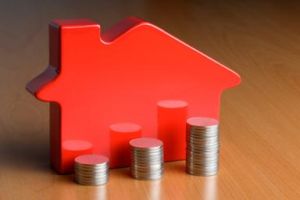 New Which? research finds that, as mortgage fees spiral, 90% of homeowners and home-buyers struggle to identify the total cost of a mortgage deal.

While interest rates on many mortgages are at an historic low, arrangement fees have rocketed in the last two years and our analysis of around 2,800 mortgages finds that only 19% of mortgage deals are now available without any set-up fees.

So it’s more important than ever to understand the total cost of a mortgage – yet new Which? research reveals that many consumers can’t spot the best deals.

We asked 1,001 homeowners and home-buyers to rank five, two-year fixed-rate mortgages in order of total cost over the two years, including monthly repayment charges and arrangement fees, based on borrowing £100,000.

Only 97 people (10%) correctly ranked all five mortgage deals in the correct order, and just a quarter (27%) could identify the cheapest and most expensive deals, despite half (49%) saying they found the test easy.

Only three in ten (30%) people who have remortgaged, and a quarter (25%) of people who had bought their first home in the past five years, correctly ranked the cheapest and most expensive mortgages, compared with one in five (22%) potential home-buyers.

How to find the best mortgage deals

Comparing mortgages based on interest rates alone may not give an overall indication of the best deal for you because it does not reflect the overall cost of a mortgage.

Depending on how much you plan to borrow and the length of the deal, some people may be better off choosing a mortgage with low set-up fees and a higher interest rate. Find out which type of mortgage deal is right for you with the help of our guide.

Yet, in a separate survey, just three in ten (29%) people who took out a mortgage recently said the total cost is important – compared to half (52%) who said the headline interest rate was important.

Which? wants all lenders to display the total cost of mortgages clearly to make it easier for consumers to compare and for the industry to explore alternatives to APR in the mortgage market.

We also want reassurance from the lenders that fees reflect the true cost to lenders; there is no clear sign that set-up costs have increased for lenders but arrangement fees have spiralled in the past years. Increasing arrangement fees not only makes it more expensive to switch but can damage competition.

‘Our research shows that even people who already have a mortgage struggle to recognise the cheapest deal.

‘Lenders should be more transparent about the true cost of mortgages so that borrowers can more easily compare deals and find the best one for them.’

Mortgage fees – what to watch out for

Even after you have taken out a mortgage, you can still face a range of charges from storing house deeds to fees for being in arrears or even for overpaying.

And a quarter (27%) of lenders charge no admin fees when closing down a mortgage, whereas some will charge up to £195 to send you the deeds.

We want to see more transparency around post-sale fees and for charges and penalties to reflect lenders’ actual costs.