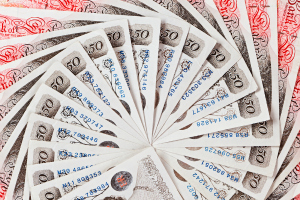 The Office of Fair Trading (OFT) has announced it is referring the UK payday lending market to the Competition Commission. It wants the market to be investigated for issues that may prevent, restrict or distort competition.

The decision to refer the payday lending market comes after a public consultation earlier this year. The OFT has raised concerns about a wide range of competition issues, including practices that make it difficult to compare payday loans or switch between lenders.

Payday lending is rife with poor practice, yet people are increasingly turning to this very high-cost credit to cover essentials or pay off existing debts. This is a market where lenders are not competing fairly with each other on price, but instead use speed and ease of access to entice customers into deals they cannot afford.

Which? executive director, Richard Lloyd, said: ‘People under financial pressure being given high cost loans in minutes without proper affordability checks is a recipe for disaster.’

He added: ‘This referral doesn’t mean the OFT can now stand down, it needs to stay tough with lenders and continue to take early enforcement action against any company found to be lending irresponsibly.’

We’ve set out five ways that the Financial Conduct Authority (FCA) should act to clean up the consumer credit market and send a clear message to irresponsible lenders:

2. Crack down on irresponsible lending – the FCA should enforce strong rules on affordability checks that properly take into account a borrower’s income, expenditure and ability to repay the debt, including any outstanding credit commitments.

3. Put people in control of their credit – end unsolicited increases in credit limits, unauthorised overdrafts should be opt-in only and there must be a limit to the number of times high-cost loans can be rolled over.

4. Clear and transparent information – the cost of credit and all fees and charges should be transparent, and for high-cost credit should be displayed clearly as pounds per £100 borrowed over 30 days. Credit products should come with clear health warnings explaining the consequences of missed payments.

The FCA is due to take over the regulation of consumer credit in April 2014.