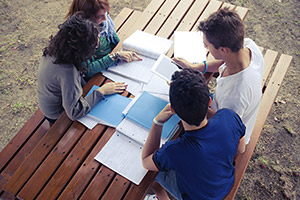 As thousands of students receive their final degree results, Which? is reminding students to check their university complaints and appeals policy before they find themselves out of time.

Which? research has found disparity between institutions over the timeframe within which students can appeal a degree grade.

The Which? snapshot looked at 20 universities’ appeals policies in England and Wales.

The shortest time in which to make an appeal was Swansea University at seven working days and the longest was Oxford University at three months.

The University of Birmingham had a pan-faculty deadline of the 1 July 2013 for appeals related to the 2012/2013 academic year.

Currently universities are allowed to set their own appeal deadlines as there is no guidance given in the Quality Assurance Agency for Higher Education (QAA) code.

Which? thinks the QAA should look into these variations to make sure students at universities with very short timescales are not disadvantaged.

To raise an appeal or complaint, students can use the free Which? how to appeal a university grade guide.

OIA complaints on the rise

Our research comes after a report from the university regulator said complaints about universities had risen by a quarter.

The Office of the Independent Adjudicator (OIA) received a record 2,012 complaints about institutions in England and Wales last year – up from 1,605 the previous year.

Grievances cover everything from issues over a student’s academic status to discrimination, disciplinary matters and misconduct.

The majority (69%) related to academic status, the adjudicator said, which ‘reflects the importance to students of achieving a first class or upper second class honours degree, or postgraduate qualification.’

Before complaining to the OIA, students must complete their university’s own academic and appeals process.

In May this year Which? examined the policies of 20 different universities in England and Wales as stated on their websites.

While many had similar grounds for appealing or complaining about a grade or academic decision, there was a wide variance in when students were allowed to complain.

Which? executive director, Richard Lloyd said: ‘Universities set their own appeal deadlines and our research highlights how greatly these deadlines can vary.

‘If you’re unhappy with your grade and feel you have cause for complaint, there are ways to get your grievances addressed but it’s important to be aware of your university’s deadline as otherwise you may miss your window of opportunity to appeal.

‘You should speak directly to your university department in the first instance to find out about their appeals process.’