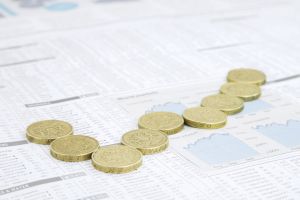 Up to 48 million taxpayers could benefit from a one-way bet on shares in RBS and Lloyds Banking Group, if Chancellor George Osborne follows proposals from a leading think tank.

Policy Exchange has proposed a plan for the disposal of the government’s £34bn stakes in the two banks.

Under the plan, those eligible to apply for shares would be able to sell for a profit, if the shares climbed above a set price, but the government would take the shares back after 10 years if prices remain under the threshold.

The chancellor, George Osborne, is expected to outline his plans for the disposal of the government’s 39% stake in Lloyds at a speech in the City later this month.

How the plan would work

Under the proposed plan, all UK residents who are registered to vote and have a National Insurance number would be eligible to apply for shares – 48 million people, in the estimation of the think tank. Applicants would be allowed to apply for shares worth up to £1,650.

Those who apply would face no initial cost and receive shares that would be held electronically on their behalf in a nominee account. It would only be possible to sell if the share prices go above a threshold – likely to be around the government’s break-even point on the shares.

In theory, the plan offers no downside for taxpayers who apply and a way for the government to recoup its capital stake in the banks over the long term.

Biggest privatisation since the 1980s

A privatisation that placed shares in RBS and Lloyds Banking Group into the hands of individual taxpayers would potentially be the biggest public share issue since the 1980s, when shares in the likes of British Gas and  British Telecom were sold off.

Policy Exchange says its proposals would create a new generation of shareholders and allow the chancellor to offload the shares before the 2015 election.

However, the plan has been received with skepticism in some quarters, with some in the investment industry arguing that administration costs would be high. Others argue that the government would be better off holding on to the shares, in the hope of recouping more money later.