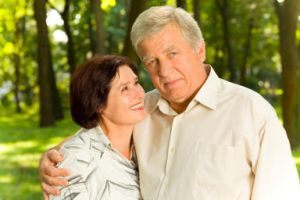 Some funeral plans have expensive exclusions that could leave your relatives footing thousands of pounds in funeral bills, new Which? research can reveal.

Prepaid funeral plans help you organise and pay for your funeral in advance. Their main selling point is to beat future increases in funeral costs that have been historically going up at 7% a year.

With average cost of a basic funeral at £2,863 for a cremation and £3,704 for a burial (according to Sun Life Direct), this is an attractive proposition.

But Which? has found that the provisions that funeral plans make to beat rising costs are falling short, particularly if a burial is chosen.

Many providers link costs to the retail prices index (RPI), currently at 2.9%, which is significantly lower than the rising cost of funerals. Our tests found that this could leave families having to find almost £1,200 to make up the shortfall on a funeral if a burial had been chosen and based on a funeral plan purchased in 1998.

Which? also found that many of the third party costs of a funeral aren’t covered by standard funeral plans.

To test how well a RPI-linked contribution towards third party costs has kept up with funeral inflation over the past 14 years, we back tested a funeral plan from Age UK and Dignity sold in 1998.

If you’d chosen a burial, the plan’s contribution to third party costs would leave a significant shortfall of around £1,200 for relatives to pick up in 2012.

Had a cremation been chosen, however, then the funeral plan would have paid out in full for the agreed third party costs, providing a significantly better deal.

According to Sun Life Direct, 75% of people opt for a cremation rather than a burial.

Also known as disbursements, these include:

If you’re happy to opt for a cremation, many funeral plans offer a much better deal. Age UK, Dignity, Family Funerals Trust and the Co-operative offer to fully guarantee third party costs towards a cremation, which should leave no further costs included in the plan for relatives.

How safe is the money paid into a funeral plan?

The Financial Conduct Authority (FCA) does not regulate funeral plans, although people’s money is protected through the Financial Services Compensation Scheme (FSCS) if their funeral plan is in trust or uses life insurance.

There are no regulations covering the sale of funeral plans, including whether the plan is suitable for the individual, and there are no guarantees that the money paid in will cover funeral costs if a provider goes bust. Which? wants funeral plans to be fully regulated by the FCA to make sure the product is sold properly and that people get the services they paid for.

Which? view on funeral plans

Richard Lloyd, executive director at Which?, said: ‘People should make sure they are fully aware of any exclusions that apply before investing money in a funeral plan, to ensure your loved ones are not left with an unexpected hefty bill.

‘We also want to see funeral plans fully regulated by the Financial Conduct Authority to make sure people get what they paid for.’