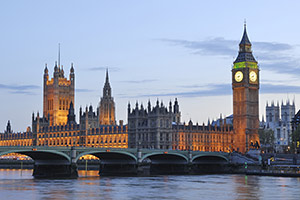 Which? is urging MPs to back a new Private Members’ Bill aimed at tackling nuisance calls and texts.

The Bill is being introduced to parliament in the same month that Which? called for the government to step in and resolve the problem.

The Bill calls for a clear expiry date on consent to third party marketing and gives greater powers to regulators to punish rule breakers.

Research by Which? shows that 85% of people receive at least one nuisance call a month, with almost one in 10 receiving over 50 unsolicited calls a month.

On 10 June Which? launched the next step of its Calling Time on Nuisance Calls and Texts campaign and called on the government to step-in and tackle the problem of nuisance calls.

Which? executive director Richard Lloyd said: ‘People are sick and tired of being bombarded with nuisance calls and texts.

‘The current system is failing the public and given the scale of this problem, it’s time for the government to step in. We urgently need to see a new approach, new laws and new technology to tackle this scourge on people’s lives.

‘We hope MPs get behind this Bill to strengthen the law on consent and put people back in control of their personal data.’

Mr Crockart’s name was drawn 11th in a ballot of 20 MPs who can table a Private Members’ Bill in this parliamentary session.

The Edinburgh West MP has been running a ‘No to Nuisance Calls’ campaign for a year and has set up and co-chairs an all-party group on nuisance calls.

Mr Crockart said: ‘I have worked with consumer group Which? on the detail of the Bill, listening carefully to the arguments made by consumers during the Calling Time road shows which travelled around the UK asking people to share their frustrations at receiving unwanted calls and texts.’