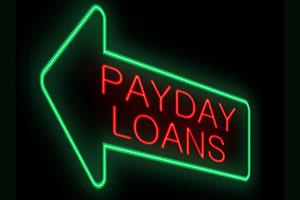 Several payday lenders have ceased trading following an investigation by the Office of Fair Trading (OFT).

Fifteen of the 50 payday lenders investigated by the OFT have said they will be leaving the industry after failing to prove that their lending practices are up to scratch.

Earlier this year, the OFT issued a twelve week deadline for lenders to show they’re complying with the rules.

This meant removing misleading advertising, providing clarity around terms and conditions, and carrying out proper affordability checks on clients.

The OFT has been investigating a series of problems within the industry, such as lenders encouraging borrowers to ‘rollover’ loans to the next month, which they may be unable to pay back.

In response to the OFT’s investigation, Which? executive director Richard Lloyd said:  ‘The fact that many lenders would rather leave the market than face scrutiny from the regulator shows just how bad practice has been in this fast-growing industry.

‘People are increasingly turning to high cost credit just to pay for essentials or repay other debts, so it is vital that the government and regulators continue to get tougher on irresponsible lenders.’

The future for payday lenders

The OFT identified problem areas in all 50 payday loan companies investigated, which represent 90% of the total payday lending market.

If left unresolved, lenders may be inspected again, suspended from trading or have their licences revoked.

From April 2013, the Financial Conduct Authority (FCA) will oversee payday lenders. It will have the power to cap interest rates, and limit or ban the number of ‘rollovers’ lenders can offer.

Citizens Advice is due to launch a month-long campaign next week encouraging people who feel they’ve been misled or mistreated by payday lenders to report them to the Financial Ombudsman Service (FOS).

Use our step-by-step guide if you want to report a payday lender to the FOS.

The OFT are cracking down on misleading and unclear terms and conditions. If you’ve been charged hidden fees on a payday loan, you may be entitled to a refund.

If you’re struggling with debt, there’s plenty of free, independent debt advice available. Becoming a Which? member gives you access to the Which? Money Helpline which can help you manage your debt.

Use the Which? template letter to inform a payday lender if you’re working with a debt adviser.