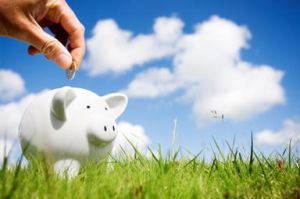 Energy-efficiency scheme the Green Deal still has teething problems months after it was launched by the government, a Which? snapshot investigation suggests.

Our undercover researcher invited five Green Deal companies to do assessments of the same home, which were then evaluated against a strict set of criteria.

We discovered that some of the Green Deal advisors recommended unsuitable energy-saving measures and we found big differences in their final reports.

The Green Deal is the government’s flagship energy-efficiency scheme, which offers consumers loans for energy-efficient home improvements such as insulation, double glazing, a new boiler or solar panels, that are paid back through electricity bills.

Our full guide to the Green Deal reveals details of the scheme, including how to have your home assessed and what’s included in the Green Deal.

Our investigation revealed problems in the initial assessment stage of the Green Deal, which can be used to find out which measures could help you save energy.

And despite more than 20 companies in our target area advertising Green Deal assessments, even getting an appointment was a challenge. Of the 21 companies we contacted, we were only able to secure assessments with five.

And when we did get assessments, mistakes were made when assessing the current energy efficiency of the property. Advisors didn’t ask enough about the homeowner’s heating; some also incorrectly measured the floor area and wrongly classified the type of walls.

The errors led to some advisors giving the property different ratings in the Energy Performance Certificate, which is what Green Deal recommendations are based on.

Ratings ranged from 40 – which was the correct rating according to our experts – to 49. This meant advisors recommended some measures that were unsuitable and, together with inaccurate estimates of the energy bill, estimated large differences in energy savings that could be achieved.

As the Green Deal is a new initiative it is bound to suffer from teething troubles at the start.

Although this is a small-scale investigation, our findings will serve as an early warning to the government. Our research is the first temperature check of the Green Deal, providing a flavour of the consumer experience of the government’s flagship energy-efficiency policy.

But it wasn’t all bad news, although all the visits had room for improvement and one was described as ‘appalling’, our experts rated three of the assessment visits as fair overall. For more detail on the visits, see more about our Green Deal investigation.

It’s early days for the scheme but we are concerned about how hard it was to book assessments, as well as the inconsistent advice and quality of service we received from Green Deal accredited companies.

What now for the Green Deal?

Householders must be confident they can trust the advice from qualified advisors to help the Green Deal succeed. You can find out key Green Deal issues to look out for when deciding whether to take out a Green Deal.

Government must ensure companies are up to speed so information is correct and consistent. We will now be sharing our findings with the Department of Energy and Climate Change.

Which? executive director Richard Lloyd said: ‘With rising energy prices one of the top consumer worries, measures that help people make their homes more energy efficient are vital to help save money on bills. As with any financial product people should consider their own personal and financial circumstances before taking on a Green Deal, check the small print and shop around.’

The full article, ‘Green Deal or no deal’, appears in the August issue of Which? magazine. If you’re not already a Which? member, sign up for a subscription for full access to our website and Which? magazine.