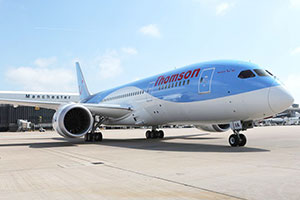 Customers who want to cancel or change holiday bookings because of fears over the safety of the Dreamliner jumbo jet are unlikely to get refunds from tour operator Thomson.

A Thomson Dreamliner bound for Orlando, Florida, had to turn back to Manchester on Friday because of a technical issue, on the same day that a fire in a Dreamliner operated by Ethiopian Airlines forced Heathrow airport to close.

The closure of Heathrow for about 90 minutes caused delays and cancellations, and the two incidents again focused attention on the safety record of the worldwide Dreamliner fleet, which was grounded earlier this year because of problems with batteries.

Passengers with bookings on Thomson Dreamliners have been asking the company on its online blog about where they stand if they no longer want to fly on a Dreamliner but want to switch to a different aircraft.

Thomson says it has every confidence in the aircraft so normal terms and conditions apply if customers want to change their bookings.

This means that any customer wanting to change will have to pay an amendment fee of £50 per person, up to 21 days before departure.

Customers have also asked about where they would stand if Thomson was unable to operate its three Dreamliners. Customers paid extra to fly on the aircraft and may have booked premium seats that may not be available on other planes.

Thomson said only that its Dreamliners were flying as normal and it would not comment on speculation about the aircraft.