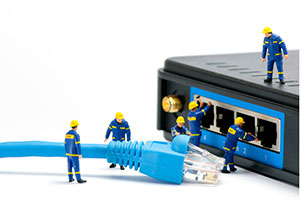 Ofcom has proposed new measures which it says could lead to cheaper prices for superfast broadband customers.

The regulator made the announcement as part of its plan to promote competition among superfast broadband providers. Under proposals for consultation, the wholesale cost of switching a customer from one superfast broadband supplier to another would be slashed by up to 80%.

Currently, providers who use BT’s superfast Openreach network must pay BT £50 if they want to switch a customer on to their service. Ofcom said this charge is frequently passed on to the consumer.

In addition, the minimum length of the wholesale contract between BT and the new supplier would be reduced from a year to just one month. Ofcom expects that the moves would result in lower prices, easier switching and the availability of shorter contracts for consumers.

Superfast broadband uses fibre optic cables to provide speeds that are more than double the UK average. There are over 1.4m superfast connections in the UK and take-up is expected to increase in the future.

‘Introducing shorter term contracts will allow millions of people to switch providers and take advantage of faster broadband connections without being locked into lengthy contracts.’

‘Consumers have long complained about poor service from broadband engineers, so it is good to see that the proposals also require service standards to be met and Openreach being held to account for its performance’

Today’s consultation closes on 25 September 2013. Ofcom expects to publish its conclusions in spring 2014.

If you’re looking to switch to a faster and more reliable provider, read our broadband provider pages where we rate each ISP for their customer service, connection speed, reliability and technical support based on feedback from their customers.

If you’re unsure where to start when choosing your ISP, then our free guide, how to get the best broadband deal, contains all the expert advice you need.