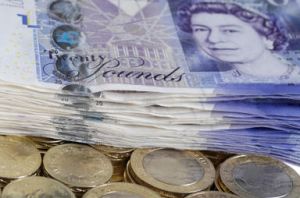 Government Ministers and regulators met payday lenders and consumer groups for the first time today, to discuss ‘serious concerns’ about payday lending and what the industry should do to tackle criticisms and protect customers.

Ministers and regulators faced up to problems with the payday loan industry at today’s summit, pointing to a consultation later in the year on tougher new rules, and a continuing crackdown from the Office of Fair Trading (OFT), as the next steps for cleaning up the industry.

The Financial Conduct Authority (FCA) will have much stronger powers in regulating payday lenders when it takes over regulation of the industry in April 2014, but payday lenders were urged to start acting responsibly in the meantime.

The Department for Business Innovation & Skills (BIS) also announced it will be commissioning research to further its understanding of how consumers respond to advertising on payday loans, as well as an industry survey on compliance.

Update: Which? calls for the industry to clean up its act without delay

Following the summit, Which? executive director, Richard Lloyd, said: ‘With people increasingly turning to high cost credit to pay for essentials like food it’s good to see ministers and regulators facing up to the widespread problems with payday loan lenders.

‘Positive noises about tough new rules have come out of the summit but these must now be backed up with more concrete actions than we’ve seen today.

‘It’s clear the industry must not wait for new rules to come in and must clean up its act without delay. More action is also needed by the whole of the credit industry and government to come up with new ways of providing affordable credit to people that need it and can afford it.

‘We will be watching closely to make sure the promises we heard today from ministers and regulators are kept, and quickly.’

Ministers today set out a plan to address concerns and make clear that they expect the industry to tackle criticisms and do more to protect customers. The summit looked at the measures the FCA could introduce the reduce consumer harm in the industry when it becomes the regulator in 2014. Advertising, rollovers and affordability checks around payday lending were also discussed.

Half of payday loan users have taken out credit it turned out they couldn’t repay, while nine in 10 people think that payday loan companies should always include the cost of borrowing in advertising, according to Which?’s consumer tracker.

Which? asks for the payday lending industry

Which? believes that new responsibilities must be places on lenders and the regulator to take action at today’s summit to clean up the payday industry. Which? wants to see the following:

Which? also believes new rules on charges, roll overs and advertising should be introduced by the Government and the FCA in April 2014. We think that: