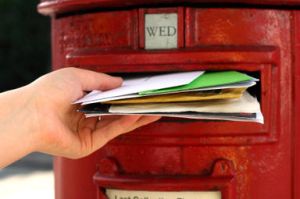 The Initial Public Offering (IPO), planned for later this financial year, could be the largest privatisation for two decades and has sparked comparisons with the flotation of British Gas in the 1980s.

With Royal Mail announcing a doubling of profits earlier this year, and boasting a rejuvenated business model focusing on parcels rather than letters, it is estimated that the postal service will be valued at up to £3bn, which would put it just outside the FTSE 100 based on current valuations.

Royal Mail flotation – how will it work?

Under the proposals announced in parliament, 10% of shares would be given free to 150,000 Royal Mail employees. This would amount to the biggest employee share scheme in nearly 30 years, according to Cable.

The remaining shares will then be sold to the public, with anyone aged over 18 able to apply. The first step for interested private investors is to register your interest with a stockbroker. Once further details are released, your broker will be able to send you a prospectus and application pack.

Once the official offer period is under way is is likely to be possible to buy shares through your broker, either through an ordinary share dealing account or, if allowed under the rules of the IPO, though a tax efficient Stocks and shares Isa or Self invested personal pension (SIPP).

The value of shares will fall as well as rise and shares bought as part of an IPO are no different. There are no guarantees about how the price of the shares will be viewed once they are trading on the open market. If investors think the valuation of the business has been set too high, the shares could fall.

For example, when Facebook floated in 2012, shares were sold for $38 each but they promptly fell below $20 amid market scepticism about its valuation.

It’s also possible that IPO investors will not know the exact share price before committing to buy, as prospectuses merely include an indicative range.