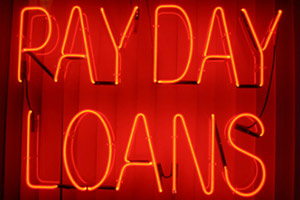 Borrowers who use payday loans are being urged by Citizens Advice to fight back and make a complaint, as it launches its payday loan awareness month today.

Citizens Advice is calling on payday loan customers to officially complain to the Financial Ombudsman Service (FOS) if they’ve been mistreated by a lender.

It has discovered that around three quarters of payday loan complaints could be escalated to the FOS and has released a video to help customers make a complaint.

Are you affected by payday debt?

Around 1 million households take out payday loans each month, with 40% of consumers worried about their household level of debt, a Which? public survey revealed  in July 2013.

An earlier Which? survey of more than 4000 people revealed that four in ten payday loan customers were using quick credit to cover everyday essentials such as food and fuel.

Which? is calling for a ban on excessive fees and hidden charges, and strict limits to be placed upon the number of times payday loans can be rolled over.

Which? found that half of payday loan users are taking out credit that they’re unable to pay back. We want payday lenders to put an end to this by performing proper affordability checks.

If you’ve taken out a payday loan and are struggling to pay it back, find out what to do next with our step-by-step guide.

Complaining about a payday lender

It was announced last week that fifteen payday lenders left the market in the face of scrutiny from the Office of Fair Trading (OFT).

The lenders were forced from the market after failing to prove that their lending practices were up to scratch.

If you suspect that your payday lender is acting irresponsibly, follow our guide to complaining about unfair treatment from a payday lender.