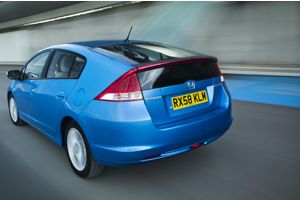 New Which? research reveals that parking your car in a garage, having children,  being divorced or being unemployed can all increase the cost of car insurance.

Why your line of work can make a difference

We found the driver’s occupation could have a big impact on car insurance premiums. For example, when our default job of researcher was switched to private investigator or brewery worker, the premium shot up by 23% with LV, and as a bar manager, the price was 28% higher. However, being a policeman garnered up to a 9% discount with LV.

Being unemployed can also make a difference – Direct Line quoted up to 22% more for those out of work than our default occupation of researcher.

How your home situation affects premiums

We found Direct Line added up to 9% extra for a driver with children, but More Than didn’t change the quote at all in this situation and Aviva and The Co-operative didn’t even ask. LV quoted up to 3% more for being single, divorced or separated, rather than married or widowed.

Oddly, More Than quoted 7% more to insure a car that was kept in a garage than parked on the street – none of the other insurers did this. Direct Line added an extra 7% (low risk) and 8% (high risk) if you don’t own your own home, and LV an extra 4% and 5%.

As to be expected though, insurers came down the hardest on motorists with histories of unsafe driving. Where motorists had received a conviction for ‘driving without due care and attention’, More Than charged up to 55% more, but, for the same offence, Aviva only increased quotations by 7%.

It pays to shop around for car insurance

Which? executive director, Richard Lloyd, said: ‘The cost of your car insurance can vary dramatically across the market, with some surprising factors affecting the price, so it really does pay to shop around and not automatically accept the first renewal offer from your existing insurer.’

To see what made rates go up and down Which? researchers ran online quotes for five of the largest car insurers – Aviva, The Co-operative Insurance, Direct Line, LV and More Than. We created a high and low risk scenario by changing variables such as the make and the model of the car, the drivers age, and their location, and then tweaking other variables to see how the rates change.