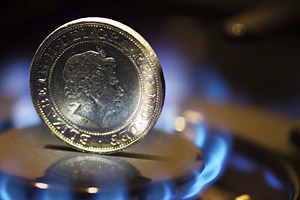 Consumers need to shop around for gas and electricity as EDF Energy and SSE cheap tariffs come to an end.

Both companies have written to existing affected customers, telling them that they will be moved on to more expensive tariffs.

Go to Which? Switch to find the cheapest gas and electricity deal for you. For example, average consumers could pay as little as £1139 on the Marks & Spencer Energy Fix and Save tariff.

EDF is closing its Energy Assist tariff which has at least 75,000 customers in September, with customers automatically moving on to its standard variable tariff.  These types of social tariffs – designed for certain vulnerable and fuel-poor customers – are being phased out across the industry.

175,000 customers on SSE tiered tariff products (these have no standing charge but more than one unit rate when a certain level of consumption is exceeded) will also be affected, as SSE implement regulatory requirements to remove tiered tariffs.

Customers looking for a cheaper gas and electricity deal, should compare the market and not automatically stay with their existing supplier. Find out which suppliers score best in our energy company satisfaction survey.

Rising energy prices are consistently one of the biggest worries for consumers. Which? is in favour of scrapping tiered charging tariffs as they serve only to obscure prices.

But we want the government and the regulator (Ofgem) to go further with their reforms for energy tariffs by introducing single unit pricing (SUP) which would mean that prices are displayed clearly and consistently, just like on a petrol station forecourt, so people can easily see the cheapest gas and electricity deal.

Which? executive director, Richard Lloyd, said: ‘You shouldn’t need a maths degree to work out the cheapest energy deal but the complexity of energy pricing makes it virtually impossible for most people to make sense of the market.

Ofgem’s current proposals will fail to help people find the best deal and could leave millions paying over the odds for their energy. A single unit price would allow for genuinely easy comparison, allowing consumers to spot the best deal and save money.’

We will continue to call on the government to introduce a single unit price, reminding the Prime Minister of the promise he made to consumers last year.

Mr Lloyd added: ‘As Ofgem continues to plough ahead, ignoring what works for consumers, we call on the Prime Minister to intervene again and make good his promise to help hard-pressed households with their energy costs.’