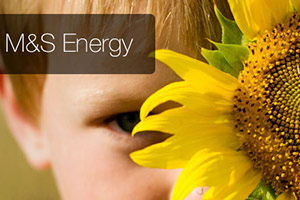 An M&S Energy employee has claimed that the company’s in-store sales staff  ‘used all sorts of tricks’ to sell its energy deals – even though customers were not always getting a better deal.

Marks & Spencer has responded to the reports by saying that this is a ‘past issue’ which it has already taken action to resolve. It believes its new in-store sales process ‘follows best practice’.

If you want to cut your energy bill use Which? Switch to compare energy prices and companies to find the best deal for you.

This issue with in-store sales practices is that staff use rough estimates of customers’ energy use to persuade them to switch energy suppliers. These estimates are often inaccurate, which means customers aren’t always being shown the best deals for them.

A Which? investigation into in-store energy sales in November 2011 found that poor sales practices using inaccurate estimates were common.

In April 2013, Marks & Spencer acknowledged that a small number of its M&S Energy customers may have been mis-sold to, and claimed that the number of affected customers was less than 1%.

The company has since stopped signing up customers in-store. Customers can still access information in-store but must finalise the deal by phone or via the M&S Energy website.

But the recent insider allegations predict the number of misled customers to be much higher than 1%.

Responding to these allegations, an M&S Energy spokesperson said: ‘This is a past issue which SSE has taken action to resolve.

‘We take our responsibility for selling energy very seriously and believe our new in-store sales process follows best practice by allowing our customers to finalise the sale process at home, staying in control of the final decision making.’