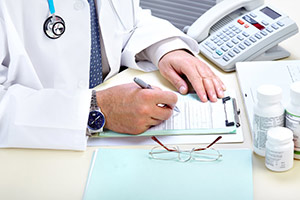 NHS England received more than 3,000 complaints a week between 1 April 2012 and 31 March 2013 according to official government data just released.

There was a 1.9% increase in complaints for hospital and community health services.

The biggest number of complaints in this area were against hospital medical professionals (including hospital doctors and surgeons), accounting for 51,462 complaints.

More than 51,000 complaints related to treatment, 12,300 were about the attitude of staff and around 11,600 were about communication and information given to patients. Complaints about nursing, midwifery and health visiting totalled 24,146.

More than half of complaints about family health services, such as GPs and dentists, related to the medical service received (27,700), followed by problems with GP administration (13,900).

If you’re unhappy with the service you’ve received from a GP, follow our step-by-step guide to complain.

The overall figure cannot be compared against the previous year as some GP practices failed to submit data.