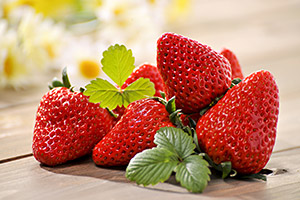 Tesco has been fined £300,000 for a misleading special offer on its strawberries.

Which? provided evidence to Birmingham Trading Standards, which was used in the case against Tesco, about the strawberries offer that ran in 2011.

The strawberries offer was highlighted in a Which? article in November 2011 – as we believed that it wasn’t a good deal. Our research showed that the strawberries were discounted at £2.99 or £1.99  for the 12 weeks they were available and that we never managed to buy them at the higher price of £3.99. The court heard that the offer ran for 14 weeks, whereas the higher price was available for a shorter length of time. The court ruled that this was misleading.

We’ve written a number of articles highlighting special offers that we don’t think are special – Which? members can read the full articles here. If you’re not a Which? member you can sign up for a £1 trial.

Birmingham Trading Standards decided to bring the case after receiving a complaint from a member of the public. Which? provided the receipts and packaging it had collected during its research to support the case.

Which? executive director Richard Lloyd said: ‘It’s unacceptable that shoppers are misled into thinking they’re getting a good deal with a special offer when that might not be the case. Tesco’s hefty fine sends a clear signal to supermarkets to play fair and make sure that their special offers really are special.’

You can read more about our campaign for clearer prices – we want clearer unit pricing and want special offers to be genuinely special.

Tesco said: ‘We apologise sincerely for this mistake, which was made in the summer of 2011. We sell over 40,000 products in our stores, with thousands on promotion at any one time, but even one mistake is one too many.  Since then, to make sure this doesn’t happen again we’ve given colleagues additional training and reminded them of their responsibilities to ensure we always adhere to the guidelines on pricing.’