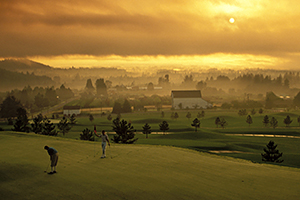 Taking your golf clubs to Spain? Use a luggage courier and save up to £360, says Which?

New Which? research has revealed that travellers carrying sporting equipment abroad can save significant amounts on a return flight if they use a luggage courier rather than paying an airline to transport their gear.

Which? Travel has found it would cost just under £140 to send a 30kg golf bag from London to Malaga and back with one courier, FetchMy, compared with £500 to put the bag in the hold on Ryanair flights – a saving of £360.

It was a similar story with four of the five other luggage couriers we looked at. They all beat the price charged for a 30kg golf bag if you were to fly with Jet2, Monarch, Ryanair and Thomson Airways, when we got quotes for a despatch from south-west London to the Malaga Holiday Inn Express.

Using a courier offers the advantage of having your luggage picked up from your home and delivered to your hotel, saving the effort of carrying it around airports and waiting to check it in or leave it at bag drop. It also saves time at your destination, as there is no need to collect luggage at the baggage reclaim.

However, you need to plan ahead. Luggage may need to be picked up four days before your departing flight. Using a next-day service will increase the price.

If you’re prepared to package your luggage in a cardboard box you could save even more. Which? Travel were quoted just £30 to despatch a 30kg golf bag from London to Malaga on a four-day delivery using postal service website, MyParcelDelivery.

Even next-day delivery of £192 was less than the fee charged by Ryanair. Sending a 20kg suitcase by the same method cost £26, nearly £10 less than Ryanair.