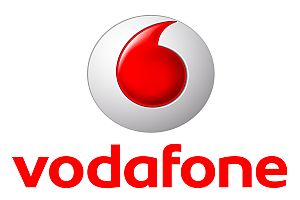 Vodafone is to launch its 4G network in London on 29 August. The superfast network will then be rolled out to 12 more cities by the end of the year.

Customers will be able to sign up to Vodafone’s new Red 4G-ready price plans from 12 August.

4G is a next generation mobile technology that promises home broadband levels of internet speed on the move. Because of this, 4G is ideally suited for services that demand more capacity, such as video streaming and downloading music and movies.

Regulator Ofcom estimates that download speeds could be around five to seven times those of existing 3G networks. This would mean that a music album that takes 20 minutes to download on a 3G phone would only take three minutes over 4G.

For more information about 4G read our guide on what is 4G?

Vodafone’s cheapest 4G package will cost £26 per month for a sim-only deal or £34 per month with a supplied, free 4G phone. The Red 4G-ready plan comes with unlimited minutes and texts plus 2GB of data. Heavier data users can opt for more expensive plans with greater data allowances, though all packages come with unlimited data for the first three months as part of Vodafone’s Data Test Drive scheme.

Vodafone’s 4G customers will be offered a choice of either music service Spotify Premium or Sky Sports Mobile TV as part of their deal, giving access to 20 million songs or 150 hours of Premier League football.

Customers with a Vodafone Red 3G plan who already own a 4G-ready smartphone will be able to move to a 4G package with double their current data allowance and access to Spotify Premium or Sky Sports Mobile TV for £5 extra per month. They won’t need to sign up to a new contract.

4G tablet and dongle plans will also be available.

The network will sell a range of 4G phones including the HTC One and Samsung Galaxy S4 but not Apple’s iPhone 5. This is because Vodafone’s 4G network will broadcast on the 2.6GHz band, which Apple’s current device doesn’t support.

Visit our tech blog to read a round-up of the best 4G phones.

After an initial rollout in London, the network will launch in Birmingham, Bradford, Coventry, Edinburgh, Glasgow, Leeds, Leicester, Liverpool, Manchester, Newcastle, Nottingham and Sheffield by the end of the year, though specific switch-on dates have yet to be confirmed. All customers on Vodafone Red 4G-ready, which is also available for small business customers, will automatically have 4G enabled when the service launches in their area.

Vodafone has announced that it will bring indoor 4G coverage to 98% of the UK population by 2015.

O2 recently announced that its new 4G network will also go live on 29 August. It has yet to announce details of its 4G tariffs though it has confirmed that the cheapest deal will cost £26 per month.

Rival EE launched its 4G network in 2012. It offers a sim-only 4G deal for £21 per month though the cheapest deal with a supplied 4G phone costs £26 per month.

Three is expected to launch its 4G network later in the year. It hasn’t confirmed any further information though it has said that existing customers will be moved to a 4G deal free of charge.