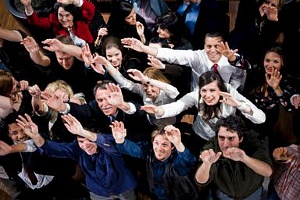 The sun has been shining, a Prince has been born and consumers are feeling more positive about the economy.

For the first time since Which? launched our Consumer Insight Tracker in July 2012, more consumers now think that the UK economy will get better in the next 12 months compared to those who think it will get worse.

However this optimism is not filtering through to how consumers feel about their household finances, with levels of worry about rising food, fuel and energy prices still high.

This is affecting consumer behaviour with one in three people – that’s 9.5million households – now cutting back on essentials.

The latest monthly figures are outlined below:

But households are still feeling the squeeze

And this is affecting how consumers are behaving

Consumers yet to start spending

Which? executive director Richard Lloyd said: ‘While this surge of optimism shows that consumers are feeling more positive about the future of the economy, it isn’t filtering through to how people feel about their own personal financial situation.

‘The recent heatwave and the arrival of a royal baby may have contributed to the public mood but there is still no let up for the millions of squeezed households who are struggling to get by.

‘Unless things improve we won’t see the all important rise in consumer spending that is so vital to the UK’s economic recovery.’