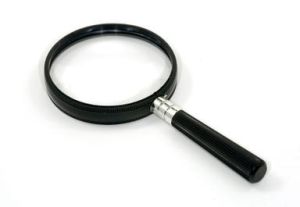 Pension scheme charges should be clearer and applied more fairly says the Office of Fair Trading (OFT), as millions of employees join up under automatic enrolment.

The OFT has made a number of recommendations to shake up the £275 billion defined contribution (DC) workplace pensions market, after its review of the market finds problems which mean some savers do not get value for money.

It has called for the Government to look at improving the transparency and comparability of pension schemes, to make it easier for employers to choose a scheme for their workers.

Which? is disappointed the OFT hasn’t taken this opportunity to recommend high-quality minimum standards for all workplace pensions as soon as possible, including a cap on all charges.

Reviewing the existing situation, the report says, ‘the buyer side of the DC workplace pensions market is one of the weakest that the OFT has analysed in recent years’.

Blaming complexity and employers’ lack of capacity, or incentive to assess value for money, the watchdog identifies a risk of savers losing out in old, high charging schemes and small trust based schemes, which may deliver poor value for money.

The impact of charges

Although charges are acknowledged to have fallen in recent years, the OFT expresses concern that, ‘lack of switching in the market may have resulted in around £30bn of contract and bundled trust based assets being left in schemes with charges at risk of being poor value for money’. It estimates that AMCs on schemes sold before 2001 are 26% higher than those sold after April 2001.

Another concern the OFT raises is two-tier charging, where a scheme applies an ‘active member discount’ which ceases once members stop contributing (typically when they move jobs). The report notes that the average increase in AMCs is 0.47% in these circumstances.

Despite its findings, the OFT stops short of  making a Market Investigation Reference (MIR) to the Competition Commission. Instead, it recommends a series of reviews in conjunction with the Pensions Regulator and the ABI. These are intended to deal with:

In response to the OFT’s announcement on work-place pensions today, Which? executive director Richard Lloyd said:

‘Unfortunately the Office of Fair Trading’s recommendations don’t go far enough to prevent billions of pounds of consumers’ money from languishing in poor value schemes. People need to see a difference today and be confident in the pension scheme that they’re automatically enrolled into, so that they’re encouraged to save for their retirement.

‘The Government must go further and set high-quality minimum standards for all workplace pensions as soon as possible, including a cap on all charges.’